My Foreword to Zens' The Pastor has No Clothes

James D.G. Dunn highlighted a very serious problem when he noted, “some of the early statements regarding industrial chaplaincies…seemed to imply that the Church was not present in industry unless and until an ordained clergyman became involved on the factory floor.” The idea that clergy must be present in order for the church to exist and function is one of the most debilitating assumptions in the body of Christ. Too many in both the church and world believe that you simply can’t have church without a clergy person present.

We allow this most distressing lie to creep into our ways, thus becoming sacred, unchangeable dogma reverently referred to as “the pastor’s call” and “ordination.” The reality is this: the New Testament says nothing about clergy being different from laity; we are all “inheritance” (Greek: kleros) and we are all God’s “people” (Greek: laos). We are all a holy priesthood, everyone of us. In other words: the laity are the clergy and the clergy are the laity. There should be no distinction and separation that we commonly see today among those purporting to be the body of Christ. Instead of a priesthood of all believers, we end up with a “pewhood” of the disengaged spectators masquerading as the body of Christ.

Early in y Christian life, I was spoon-fed this doctrine of the few who are specially called, ordained to lead others. I believed I was one of those special people and went of to seminary to ne taught how to serve the church in this “holy calling.” I went through the process of licensure and ordination to reinforce this sense of being special. I remember wanting to settle the doctrinal foundation of the positional authority for the pastor once and for all, but was gravely disappointed by the glaring lack of Biblical support. But that didn’t deter me for, like my leaders before me, I found support in places where it was not to be found. I assumed much and read my own bias into the text many times over…and no one ever openly questioned it.

This was my life’s pattern until one day God finally broke through the clutter in my head with clear and profound truth. When the lie was uprooted and replaced with a truly Biblical worldview it changed everything. The implications affect every part of life as a follower of the King.

In reality, we misplace our faith by believing we need a person in charge more than we need the Spirit of God. We doubt that the Spirit is enough to lead a meeting and, instead, place hope in one leader to hear from God as if he or she can tell us what we need to hear. Thus, we bypass any common interaction with the indwelling Spirit of God and with each other. How absurd is it when we trust more in flesh than in the Spirit. In the end, we actually have so little faith in the Great Shepherd to lead us that He has become an absentee king delegating his responsibility to a few. This, of course, is not true. But it is the way we function. Ours is a problem of faith. Plain and simple, we do not believe He is capable or motivated to lead us.

In this thoughtful resource book, Jon Zens hits this issue hard with the following question: “Just think with me for a moment. If the senior pastors of the 1000 largest churches in America resigned tomorrow, what kind of religious chaos would ensue?”

I am grateful for Jon’s mind and pen, a gift to the organic church and the kingdom at large. His What’s With Paul & Women is outstanding! This book is equally an intelligent and well-studied contribution to a serious by over-looked issue we need to address as a body. As Jon states, “ The point is, in organic meetings the leadership of the Spirit is fluid and over a period of time involves everyone. If a group looks to the same person time after time to get things rolling and provide the essential content of the gathering, then the living Christ blossoming through all the parts is soured.”
I have been teaching similar ideas for a while now. One of the greatest ironies I encounter is in hearing pastors object that if we actually did church this way they would not enjoy the fulfillment of using their gift in the church. I then ask, “Should everyone else table their gifts so that the pastor can feel good about his own usefulness?” This is why Jon comments that, “Those who have had leadership positions in the institutional church must take their ambitions and history of being “up front” to the cross. They must take their proper place of being just a brother or just a sister among other brothers and sisters. If not, then the group will inevitably revert back to an institutional form, which usurps Jesus’ leadership.”

Again, this is a faith issue. Trust that the Spirit of Christ wants all of His body being fulfilled and used, even pastors and teachers. Yes, it may be fulfilled in a manner far different than our expectations, but fulfillment is always satisfying. It may be different, but it will not be disappointing.

In the Hans Christian Andersen fable, once the boy speaks up everyone realizes how foolish they have been and the ridiculous parade ends. Jon, though not a child, has nonetheless shouted out very clearly–“the pastor has no clothes!” It is time to stop the parade of vain and self-congratulatory cheers stirred on by some lying scam artist that has come to steal the wealth of the King, and go back to normal life…fully clothed. 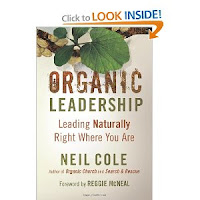 P.S. If you would like to read more of what my thoughts are on this very important subject check out my book Organic Leadership.

The formation of the church of God is recorded in Acts 2. The power that marked its earliest days though it was from the outset in the place of rejection by the world, is recorded in Acts 3 and Acts 4. Then in Acts 5 we have recorded the first evil that was manifested in the midst of it. This was the sin of pretentiousness; of posing as though a higher standard of spirituality and devotedness were possessed than really existed.

Many were selling their possessions and devoting the proceeds to the Lord. Ananias and Sapphira sold theirs, and presented a part of the proceeds as though it were the whole. Ananias acted the lie. Sapphira told it. They desired to acquire a reputation of being more heavenly-minded than they were. Pretension to higher spiritual condition was the first recorded sin then, in the church's history. It will also be the last, as we shall see.