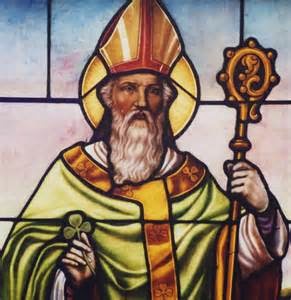 Early in the fifth century, an English teenager named Patrick was captured by Irish raiders and taken as a slave to the Emerald Isle. There he was forced to work through snow, frost, and rain as a herdsman. Though he was not a Christian at the outset, Patrick’s faith in God grew during this difficult time and he became accustomed to talking with God and hearing the Shepherd’s voice.
After six years in captivity, Patrick managed to escape and make his way almost two hundred miles to a port city, where he was able to get on board a ship and return to his home in England. Now in his early twenties, he studied to become a priest like his grandfather.
One day, he heard a specific call in a vision to go back to Ireland to save the Irish people from their paganism. He returned to bring Christ to the very people who had once enslaved him. He preached the Good News, started churches, and refused to use the church or his position for personal gain at the expense of the movement. His work, and that of those who built on his apostolic foundation, is credited with saving Western civilization from the Dark Ages.[1] More than fifteen hundred years after his life ended we wear green once every year commemorating Patrick’s death on March 17.

In his own writing, Patrick, who is known as the apostle of Ireland, recounts his calling in a vision that came to him:

I saw a man coming, as it were from Ireland. His name was Victoricus, and he carried many letters, and he gave me one of them. I read the heading: “The Voice of the Irish.” As I began the letter, I imagined in that moment that I heard the voice of those very people who were near the wood of Foclut, which is beside the western sea—and they cried out, as with one voice: “We appeal to you, holy servant boy, to come and walk among us.”[2]

This blog post is the start of chapter 9 of my book Primal Fire about the equipping gifts of Ephesians 4:11. Patrick, whom we honor today was a great example of the apostolic gift.
[1] Thomas Cahill, How The Irish Saved Civilization (New York: Anchor, 1996).
[2] Liam De Paor, Saint Patrick's World: The Christian Culture of Ireland's Apostolic Age (Dublin: Four Courts Press, 1993), 100.
Posted by Neil Cole at 9:24 AM

Thanks for the blog, enjoyed it as with much of your comments and insights, just one point of reference Patrick was one of the Ancient Britons - that is Welsh not English, sorry to be particular but hope it helps with historic correctness for you Neil

Thank you for another great article. Where else could anyone get that kind of information in such a perfect way of presentation.

St. Patrick went beyond church -- beyond the traditional forms of Christianity and allowed the Spirit to move and direct him and the movement that God brought forth. We need to go beyond church in the 21st Century! Check out "Beyond Church--An Invitation To Experience The Lost Word Of The Bible; Ekklesia" @ Amazon @ http://www.amazon.com/Beyond-Church-Lost-Bible--Ekklesia/dp/1518744567/ref=sr_1_1?s=books&ie=UTF8&qid=1450049321&sr=1-1&keywords=beyond+church+steve+simms