Ingredients of a Good Catalyst for Movements #6: A Strategic Pathway 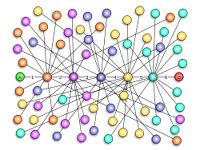 In Organic Church I spelled out the idea that each of us are connected to people who are connected to others.[i] In fact, as you have probably heard before, we are all only six degrees separated from any person on the planet. In other words, between you and any other person on the planet—a gondolier in Venice, a Pygmy in the Congo or the Prime Minister of England—are five or fewer intermediaries. This concept can open your mind to the powerful idea that each of us is connected to everybody and capable of reaching thousands or even millions by reaching just one.
This powerful truth is amazing, but in actuality what makes it all work is not everybody, but what Malcom Gladwell calls “the law of the few.” He breaks these few into three types: the connectors, the Mavens and the sales people. The real reason for such a phenomenon is that some people are extraordinarily connected so they make up for the rest of us.
I have a friend that I mention often in almost all my books because she is a mentor and powerful woman in God’s kingdom. Her name is Carol Davis. You probably either know her, or someone you highly respect does. I am only partly exaggerating. Carol has never written a book, though I always encourage her to get her ideas down. She does not have a doctoral degree or a position in some large organization. She is not wealthy or politically powerful. What Carol does have is a keen understanding of people and God’s kingdom. Her wisdom is valued by many people. In fact, you can’t find her name on the cover of any books, but you will often read it in the acknowledgements of books by dozens of well-known authors. Carol’s most incredible gift is she knows people, naturally assesses their unique qualities and likes to connect them…and she knows a lot of people.
We often joke that every person on the planet is separated by six degrees, unless you know Carol—then its only two. God has created and placed these key people in the world for a purpose higher than selling products. Carol is what Godin would call a “powerful sneezer.”[ii] He teaches that viruses spread because people sneeze, and he likens the key people in an ideavirus movement as “sneezers.” There are two he describes “the promiscuous sneezer” who likes to sell anything and everything. But it is “the powerful sneezer,” someone like Carol, that really propels a true movement.
Powerful sneezers will not just sell anything. They have very particular taste based upon a deep and highly respected knowledge. They are very careful with their recommendations because they know they have a reputation. They highly value all their friends and would never want to recommend something that is not helpful. When they do find something that they value and they start telling others about it, their wide range of important friends will buy it, because it comes from this respected sneezer. When you get the promiscuous sneezers also spreading the same idea than you have a movement. This is the pathway of a movement. If a few of these types start sneezing your idea, then a rapid movement will be released.
I always give Carol a free copy of my books. I do so because she is my friend (and she is probably mentioned somewhere in the book), but also because she is a “powerful sneezer.” With a couple of my books she has done more to generate interest than the entire marketing department of the publishers.[iii] With others of my books she was grateful for the gift. Even friendship doesn’t guarantee influence, and that is why I will buy any book she tells me to get.I respect her opinion...as does at least half of the known world!


Movements do not spread via advertising or clever marketing. In the end a movement is the result of people connecting to other people. The gospel flies best on the wings of relationship. It always has and always will.
[i] The Tipping Point by Malcom Gladwell, pp. 159-169
[ii] Unleashing the Idea Virus, Seth Godin, pp. 49-51
[iii] Cultivating a Life for God and Organic Church have been spread everywhere by my friend Carol. My other books have not had the same connection with her…yet.
Posted by Neil Cole at 9:43 AM