Ingredients of a Good Catalyst for Movements #5: A Sticky Potential 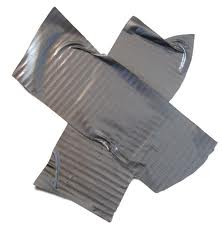 A Good Catalyst Has “Sticky” Potential.

In the breakthrough book TheTipping Point, Malcom Gladwell introduced an idea that was so descriptive and helpful that it “stuck” with us. He called it the “Stickiness Factor”. His terminology became sticky itself. There are more and more books using the language. Larry Osbourne has a book called Sticky Church, and I have referenced the Heath Brothers book Made to Stick; each is influenced by Gladwell’s sticky terminology.
The stickiness factor has to do with the memorable quality of the idea, product or method that is spread in a movement. When the idea is so intriguing that it sticks with people—they can’t forget about it—a movement can happen. This is, pardon the pun, the glue that makes a movement come together. If the idea itself is not such that people want to tell others about it, then you cannot start a movement. You can sell products, ideas and even ministries with advertising and mass media promotion, but that is not a movement. In order to ignite a true movement, the idea itself must spread from one person to another and only sticky ideas can do that.
Chip and Dan Heath’s book on this very subject called Made to Stick: Why Some Ideas Survive and OthersDie pays due homage to Gladwell for applying the word “sticky” in this way. They go on to examine all the traits necessary to make an idea stick; some of them (simplicity, surprise, importance) are already included in my own six characteristics of apostolic genius, but they also add three others that I think are worth mentioning.
The reality is you do not need an assessment tool to discover whether something is sticky or not. All you have to do is examine the way you feel about it. If it doesn’t stick to you it probably won’t stick to someone else. That said there are some things that are sticky only to certain tribes of people. But if you’re the one motivated enough to create something in a specific field and it doesn’t stick with you it’s time to go back to the drawing board. Of course the ultimate test of an idea’s stickiness is its spread or lack thereof. It really is easy to find out if it is sticky or not; just hand it off and see what happens.
Within Church Multiplication Associates’ history we have invented many viral methods and ideas. We found that the ones that were truly sticky we did not need to publish or produce in any formal manner. They were passed along verbally (usually diagramed on a napkin). In fact, we will not even publish an idea until we have seen it already going viral first. When we do see something truly sticky that is spreading on its own, then we will begin to think of ways to publish it and accelerate the process.
The movie Pay It Forward is a good story of a sticky idea that spawns a movement. It is the story of a middle school boy who is challenged by his sociology teacher to come up with an idea that can change the world. He does. His idea is called paying it forward. It works using all the basic movement principles listed here. One person helps someone else, but it has to be something important. Then the one helped, instead of paying it back, pay’s it forward by doing something really big for three other people. Those three in turn pay it forward to three others as well, and a movement is catalyzed by a simple, memorable idea that is a significant idea spread in small packages using natural pathways. The important thing that makes the idea viral is that you have to do something really big for the other people, something they couldn’t do for themselves. That is what makes the idea ‘sticky.” If it were just a little thing, like helping a lady across the street or holding the door open for someone else, it would be acknowledged and then quickly forgotten—it wouldn’t be sticky.
Having a sticky church is not enough to ignite a movement. Even if the church is healthy and enjoyable enough that people want to tell their friends about it all they can do is bring their friends to the church. Stickiness alone is not enough; the church must also have the other attributes mentioned in these blog posts if you want to release a movement. That said, it is a good thing if your church is so good people can’t help but tell their friends.
Posted by Neil Cole at 12:08 PM