Ingredients of a Good Catalyst for Movements #2: A Small Pattern 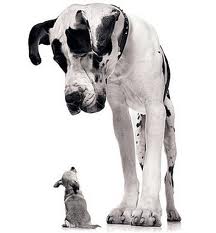 I am a big thinker. Some people assume that because I do church in a small way that I am opposed to big things, and that is vastly untrue. I will not satisfied until the whole world is changed and you can’t do that in a single church, but you can with many small ones. But the way to effect the global is to start with the microscopic.
Seth Godin boldly declares, “Small is the new big.” Contrary to the way we usually think, the way to big is really to go small. Of course this is counter intuitive. So often we try to make something grow bigger and end up doing less than we could. Jesus used the parable of leaven to show the effect of a small thing on a massive scale. He also often referred to the smallest known seed as having huge potential for earth shaking results (Matt. 17:20).
In his hugely successful book, The Tipping Point: How Little Things can make a Big Difference, Malcom Gladwell identifies three characteristics necessary for an epidemic-type spread of a trend, idea or even a virus itself: “one, contagiousness; two, the fact that little causes can have big effects; and three, that change happens not gradually but at one dramatic moment” (he calls that moment the “tipping point”).[p. 9] He devotes an entire section of his book to “the law of the few,” in which he cites example after example of how huge epidemic-type movements began with very few people. In fact, that is only how they begin.
Not every small thing is powerful. It matters what is within the small package. A grain of sand and a grain of wheat are both small. One has the God-given potential to eventually feed the hungry world. The other can be the catalyst to create a blister or a pearl—but only one.
Before we can change the world we must be able to change a single life. But we must change a life in such a way that the same life is able to do it all over again with someone else. That is best done in small ways that eventually affect the global. When you are looking to spread an idea virus by coordinating larger groups to do so, the whole process breaks down. But if it is as simple and small as one life to another, the virus can spread easily and each person carries the contagion.
A tiny microscopic virus is bringing an entire continent made up of dozens of nations to its knees in Africa—AIDS. This virus is passed on person to person in a very predictable manner but it spreads almost unhindered. It spreads because those infected have an internal motivation to continue doing what spreads the virus. In combating the virus we are not just trying to figure out a way to stop the virus itself but to stop the behaviors that spread it, and that is the hardest part, because it is against the natural drive in the people.
Why is small so big? Small does not cost a lot. Small is easy to reproduce. Small is more easily changed and exchanged. Small is mobile. Small is harder to stop. Small is intimate. Small is simple. Small infiltrates easier. Small is something people think they can do. Big does not do any of these things. We can change the world much quicker by becoming much smaller in our strategy.
In his book, Unleashing the Idea Virus, Godin even warns of moving from small to big too fast. [pp. 180-183] If you outgrow the viral nature of your idea too quickly you can corrupt the very things that make it contagious in the first place. You can shift from a viral approach to a more conventional means before that infamous “tipping point” occurs and lose everything in the process. Do not despise the day of small beginnings (Zechariah 4:10), and do not be in too big of a hurry to get past them.
Posted by Neil Cole at 10:28 PM

Thanks for the encouragement, Neil. Sometimes it's hard to remain patient with small because it can seem like little or nothing is happening. When friends ask, "How is it going?" and the answer is, "We're two inches past where we were before" it's important to remember that if those two inches have been grown properly, they can lead to exponential multiplication in the future.

John, that's right. We have to keep the goal of multiplication in mind and be willing to invest in the small and slow first days. B patient like a good farmer. You will reap in due time if you do not grow weary and give up.