Ingredients of a Good Catalyst for Movements #1: A Simple Process

A Good Catalyst is Simple. 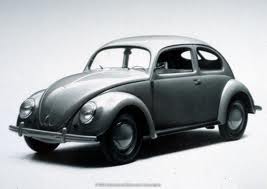 Simple things reproduce. Complex ones break down and do not get passed on. You simply cannot have something pass on from one person to another and then another and so on if it is complicated. The more complicated an idea is the more people will feel like they are incapable of mastering it and will therefore not be empowered to tell it to others for fear of getting it wrong. There is a reason so many old Beetles are still driving around town 40 or 50 years after leaving the assembly line...they are simple so they do not break down and are easily repaired. In fact you may pay the same for one today that your grandfather paid off the show room floor. They have no power steering, power windows...power; but they keep on going.
In the book Made to Stick: Why Some Ideas Survive and Others Die by Chip and Dan Heath, they also start with this most fundamental characteristic. Simplicity is not just about being able to pass something on. There is more to it than that. There is something very powerful about the editing process that creates a simple and yet potent thing. It is not just about what is excluded, but about what you deem so significant that it is included, that makes an idea potently simple. The Heath brothers say, “To strip an idea down to its core, we must be masters of exclusion. We must relentlessly prioritize. Saying something short is not the mission—sound bites are not the ideal. Proverbs are the ideal. We must create ideas that are both simple and profound.” [p. 16] This process of relentlessly prioritizing solidifies something so important that it cannot be ignored. Seth Godin also articulates this in Tribes when he says, “The art of leadership is understanding what you can’t compromise on.” [p. 79] Antoine de Saint Exupery, best known as the author of The Little Prince, once said: “Perfection is achieved, not when there is nothing more to add, but when there is nothing left to take away.”
Sanity is knowing what to fight for. Insanity is fighting for everything. Cowardice is not fighting for anything. Some things are worth fighting for. Some things are worth even losing a fight over. Some things are worth dying for. I’m convinced that you are ready to lead when you are able to know the things that are worth dying for, and the things not worth fighting over. You will find that after you have lived enough to know these things that your message will be received by more people—your authority increases as you realize that this is what you know to be true and all else is secondary.
I recently had breakfast with a leader in our movement that was frustrated that others were less capable of casting the vision for the city-reaching ministry he started. He did not have a problem recruiting people to the vision, in fact he could do that too well (in my opinion). But others could not internalize the vision and pass it on to their friends as if it were their own. I asked him what it was that kept him from associating with a given church or ministry. What are you willing to risk offense for? What are you willing to be hated for? When you ask these questions you are chipping off excess marble to reveal the masterpiece that lies within the hard rock. When you get down to the rock bottom of you can state things with a bold clarity that others will not only understand, but relate to and be able in turn to verbalize themselves.
Coming up with a vision is easy. Releasing a movement is more of a challenge. A vision does not sell itself and become a movement unless it is something people can buy into and then sell as well. If you cast your vision you may get followers and draw a crowd to your work. But a movement is much more. In a movement it is not your vision; it is a vision all want to spread, because they have come to own it themselves—it is as much theirs as it is yours.
To get there you can’t just add more attractive things to the vision, in fact, quite the opposite—you have to cut out attractive things. When you can cut everything out but the most important core you have something simple and profound at the same time. Package this idea in something so simple anyone can do it in a memorable way and you have a catalyst of a movement. It’s that easy, and that hard. It’s easy to describe this, but hard to pull off. Most of us need to learn the hard lessons of valuing the editing process more than we value our own ideas. We have a vested interest in the components that are less valuable. We tend to want to slide some of our own cherished things in the mix and then the whole idea gets more complex, less powerful and does not spread. So the scrutinizing process also involves objectivity that is often at your own expense. That’s what makes it hard.
Jesus is the King and He is the one who has given us the message of our movement. And it is remarkably simple, so simple a toddler can understand it and buy in. The Gospel is profound enough that theologians spend their lives trying to work it all out. Nevertheless, it is simple.
Posted by Neil Cole at 8:29 AM

Saw this in an article Titled "The Spiritual Side of Steve Jobs".
http://www.cnn.com/2011/10/05/tech/innovation/steve-jobs-philosophy/index.html

“Restraint, at least in gadget design and interior decorating, was a primary principle for Jobs. Shortly after his return to Apple, he shuttered several divisions and turned his attention to a few key initiatives. Even today, Apple’s product lines and revenue are zeroed in on just a few industries in which the company can dominate.

“That’s been one of my mantras: focus and simplicity,” Jobs told Businessweek in 1998. “Simple can be harder than complex: You have to work hard to get your thinking clean to make it simple. But it’s worth it in the end because once you get there, you can move mountains.”

He elaborated in the interview with the publication six years later: “It comes from saying no to 1,000 things to make sure we don’t get on the wrong track or try to do too much. We’re always thinking about new markets we could enter, but it’s only by saying no that you can concentrate on the things that are really important.”