I set out a few months ago to recruit the very best leaders I could find to join me in a new enterprise called Starling Initiatives. These people are not necessarily the most famous thinkers and speakers of the missional church (though some truly are that); they are all practitioners that have done the work in challenging environments and in remarkable ways. Honestly, they are all thriving leaders who have busy lives with their own work to attend to–so I fully expected them all to decline politely. To my shock almost all have responded affirmatively believing that God is saying the same thing to them at this time. Wow, what confirmation. Perhaps we are already seeing the murmuration of starlings! 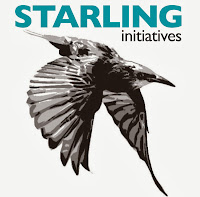 Each one is not just experienced, but their experience was fruitful at empowering others to reproduce. Each member is mature enough that they now find their sense of importance in the fruitfulness of others. They are more concerned with others success than their own. In a sense, our fruit grows on other people’s trees now. This is important when you want to ignite movements in other cultures and languages and do not want to create unhealthy dependence upon expert leaders with US models and dollars.

None of us are out to prove ourselves, in a sense we’ve already done that (and bought the t-shirt). We want to help others to become change agents in their own environment and release kingdom movement into all the spheres of society…and to every nation. To play off what the famous coach once said: there is no "i" in Starling Initiatives. Uh, oops, well, you know what I mean.

We never plan to become a large corporation. We have no plans for a large offices and an expensive staff to administer it. Our movement will be decentralized and our resources and power will be distributed rather than held onto and protected by a board of directors or corporate headquarters.

In just ten years time (ca 47-57 AD) the apostle Paul was able to establish a thriving expression of the kingdom of God in five different provinces of the Roman Empire: Galatia, Macedonia, Achaia, Asia Minor and Illyricum. After that he had nothing more to do in those places and was looking for other places further west. Today, with modern missionary practices we do not see even one people group reached in the same amount of time.  Why is that? Are the people of the world more lost? Does our gospel  have less power? Are we somehow at a disadvantage with missions that Paul did not suffer?

I actually think the opposite may be true. We may have more advantages than Paul did. We have air travel, mobile phones, the internet, rapid transit, computers, Bible aids, mass communication and an abundance of publications, none of which were available to Paul. At the same time, we also have the same God, the same empowering presence of the Holy Spirit and the same powerful good news that he had. Nevertheless we are struggling to see even a fraction of the fruitfulness he saw and it is taking us a whole lot longer for what little fruit we see. Surely we are doing something wrong.

I am convinced that we can save billions of dollars and accomplish 10 times the results if we have the courage to do missions differently. Mission agency dysfunction has been a well-known secret that can no longer be denied or contained, yet is unpopular to speak about. We are sending too many people, the wrong kind of people, who are staying too long, costing too much, and not leaving behind a healthy, well-rounded and indigenous movement that is strong enough to endure let alone send missionaries to other places. This must change.

We simply cannot expect current mission agencies to correct a problem that they are contributing to and not designed to fix…and one that they actually benefit from maintaining. More of the same will only produce more of the same. So I, and a few others, feel called to start something new, something more organic, movemental and indigenously empowering. And we need to start something that does not produce a dependence upon US dollars, leadership and models of ministry. This is why we are starting Starling Initiatives. In the coming days I will explain a bit more about this new endeavor.
Posted by Neil Cole at 2:52 PM 13 comments: