More Than Meets The Eye

I am blessed to travel the world and meet some of the best of God’s people in this generation. Everywhere I go I run into fruitful leaders who have been influenced by a small handful of key influencers, often unknown by the masses. These are prolific disciple-makers and leaders who are not famous celebrities––they are too busy and focused to be concerned about such things. While others receive accolades for lesser accomplishments, these key influencers are truly changing the world. I have chosen to remain close to these key people, hoping that their light rubs off on me. One of those outstanding influencers is David Weston. 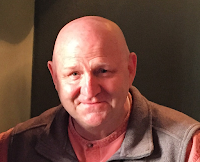 David is an amazing man, full of joy, sincerity and energy. I have met high caliber leaders all over the world that call him their mentor. David is a soldier, both literally and spiritually, and he is unafraid. He will charge full speed into the most dangerous places, and when he leaves those places are better for it. He loves people, all kinds of people, without prejudice. Some who had meant the worst kind of harm to others are now bringing the love of God to the world because David first brought God's love to them. I have spent hours on the edge of my seat just listening to his stories, but only after he has done all he can to solicit mine first.

Weston is also privy to some of the most sensitive intelligence, specifically regarding terrorist activity. In a world where every channel of information is skewed, biased and obviously presenting only a convenient half of the truth, I have often gone to David to find out what is truly going on.

Now David is launching a means for us all to glean from his intelligence. More Than Meets the Eye is his newest endeavor that plans to shed light on what is truly going on in our world and how we can best be prepared for what is coming.

Frankly, I don’t know how long he can do this. Our true spiritual enemy will likely do all in his power to shut this down. Sign up now. These are dark days; don’t stay in the dark yourself.
Posted by Neil Cole at 2:22 PM

Hi Neil. Thanks for sharing this. We need all the truth we can get.

Hey Neil, I look forward to reading David's blog. In your travels have you met Henry Hon? He has a beautiful vision for unity in the body of Christ. Henry's book ONE is an amazing manual full of practical, spiritual, and theological ideas to help bring about oneness among believers. It's available @ http://amzn.to/2h1Twzc.